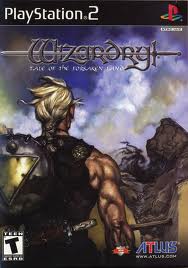 I love the art style

One of the primary reasons that the Playstation 2 is my all time favorite console is the sheer number of role playing games that were released on it. It’s astounding that after playing rpg’s for over fifteen years on a variety of consoles, I could still walk into a used game shop and discover an rpg that I have never even heard of…and that it could possibly be this good.

Most of us in the west are somewhat familiar with the Wizardry series of rpgs, which was originally developed on our shores. Later on, the games became a stronger series in Japan where most of the newer games have since been developed. In fact, the Wizardry games have been around LONGER than either Final Fantasy or Dragon Quest. In some ways the Wizardry games are the core reason you and I have successful console rpg’s to play at all (along with Ultima and the D&D franchise). If you want to learn more about the Wizardry games in general you can check the wiki HERE.

In the midst of the multiple Wizardry releases that Japan has seen (we are talking probably around twenty titles on systems from the Apple II to PS3) one title came over in 2001, called Wizardry: Tale of the Forsaken Land for the PS2. I don’t know about you, but in my rush to beat Final Fantasy X for a third time, I never even heard of this game. And it really is a shame, because Tales of the Forsaken Land has lots of interesting content to offer someone who is open to a more mature role playing experience.

Like most of the Wizardry games, the core content is built around a first-person dungeon crawling experience, similar in style to some of the oldest and first rpg’s. You never see  your hero’s face, and even the town exploration (of which there is very little) is built around the first-person view. Personally, this is part of what sucked me in. Having never played a first-person rpg like this, I was surprised at how well the immersive feeling of the game was enhanced by this simple creative choice. 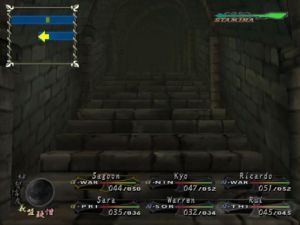 Deeper and deeper into the labyrinth

At it’s heart, this is a dungeon crawler. You enter the labyrinth, kill enemies, loot chests, avoid traps, and discover NPC’s and shortcuts. Secret doors and hidden places abound, and there seems to be something interesting and new to discover every time you enter the depths of the labyrinth. The hidden doors and shortcuts allow you to get deeper into the labyrinth without backtracking across the easier enemies, and keeps the game moving at a nice pace. The shortcut system reminded me of Demon Souls structure actually. The difficulty is moderate, and if you take your time and level at a good pace you will not die as often as in other similar games. One of the best parts of the dungeons is that the “Reaper” can enter at any time and chase you around and try to curse you. It’s another great way to keep the dungeon crawling fresh. The dungeons are not randomly spawned, which I personally prefer, so you can make progress across each map piece by piece. 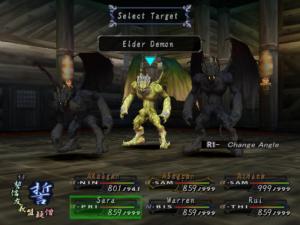 Any dungeon crawler that is going to pit you against hordes of enemies had better have a good battle system, and thankfully this is another area where Wizardry shines. In fact, I would argue that this is one of the best turn based systems I have ever seen. At first your party of up to six members is able only to perform the basics, like attacking and casting spells. But about an hour into the game, the second layer of the system is introduced, something called Allied Actions. Basically, these are team attacks that can work between two or more members to counter spells or melee attacks, do pincer attacks or even just all out rush the enemy. Each enemy encounter creates a unique set up where you must decide which Allied Actions you want to use to successfully take down the enemy while also mitigating damage. Battles are quick and fluid, but also require thoughtful strategy and attention. New Allied Actions are learned as you develop higher levels of trust with your teammates. Trust is built by fighting together, making appropriate choices during conversations, and keeping your teammates from getting KO’ed too often. The feeling of building a team, developing trust, and then learning powerful Allied Actions together makes the whole system work really well, and it turns what could have just been a boring rote element of the game into it’s strongest piece. 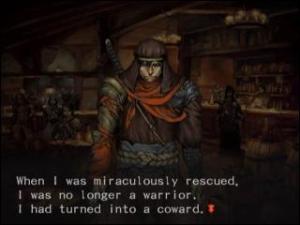 The ninja Kyo lacks confidence, but grows into an excellent ally

Team members can actually be created by the player, but over time, you will discover some really strong story characters down in the lower levels of the dungeon. By finishing quests for them, you can add them to your team, and continue to develop a real powerhouse of a squad. Loot is abundant and comes in lots of different varieties. Weapon choices affect how many attacks each character can do, and where they can attack from, and there is a fun spell creation system that allows you to fully customize each character based on the job classes you choose. The class system is perhaps one area that could have used more attention, as it is basically a non-factor as you get further into the game.

Ok, time for the Rundown!

Should I play this game? If you like immersive dungeon crawlers that are aimed at a slightly more adult audience, then this might be a game you could fall in love with.

How hard is Wizardry TOTFL? I was actually surprised at how easy I found it to be. Grindy dungeon crawlers tend to be tough, and while death does happen every once in a while, by the midpoint of the game you will be hitting the dungeons with lots of healing spells and you really won’t die too often unless you are really unlucky and get back attacked by a horde of demons.

What is the biggest weakness in this game? Story. As usual in this kind of game, there isn’t a strong narrative arc that helps move things along. Instead the story is told through the various NPC’s you meet, and while there is lots of fun dialogue, the main plot itself is pretty lackluster.

Do I need an FAQ for Wizardry? Since lots of the loot is randomly generated, an FAQ is pretty unnecessary. But you may want to read up on the classes  or spell creation to make your playthrough easier.

Here’s a video to get you pumped about Wizardry: Tale of the Forsaken Land!

← Retrodragon Reviews Elder Scrolls: Oblivion
Why FFXIV: A Realm Reborn Is The Most Exciting Game of 2013 (for me anyway) →

2 comments on “Retroreview: Wizardry Tale of the Forsaken Land”